THE DIRECTION RESERVES THE RIGHT OF ADMISSION
Relaxsol campsite

1. Every person who registers and accedes to the Camping will be forced to fulfill this regulation. In case of breach of someone of these procedure, the direction will expel the camper. The holder will be responsible for all the acts that are attributable to him and to his accompanists. The inscription will be formalized in the moment of the arrival, must declare all the concepts subject to payment. Any variation will have to be reported immediately to the receipt. The receipt will facilitate a copy of the record of entry, which will have to show by request of safety or personnel of the camping.

2. ACCESS CAMPING: Only will be admitted the entry to those persons who should be provided with the minimal necessary equipment and who should be going to practise the activity of encamped. Will not be admitted the entry to the 18-year-old minors who should not be accompanied or with authorization of a major person of age and who should be played the role responsible for his conduct. At his arrival, the client will have to accredit his identity and that of his accompanists, depositing the season-ticket of camping until the end of the stay. All the concepts subject to payment will have to be registered. Any variation will have to be communicated immediately to the receipt. In opposite case one will have to pay the totality of the pre-established concepts.

3. RATES: The in force rates are exposed in the official cartel. The prices were applied in agreement by the name of stayed nights. The day of camping finishes at 12 a.m.. The exits later to 12 a.m. will suppose one more day. The camping establishes a minimal price for plot. The schedule of turnover is 8.30 to 20.30 hours.

4. RESERVATIONS: The camping accepts reservations both of plots and of Bungalows. To make her effective, it is necessary to realize one pays and sign of 40 % of the total of the stay. The stay has to be solvent in its entirety at the entry. The hour of arrival and of exit of plot it is about 12 o’clock. For the case of the Bungalows the arrival will be from 4 p.m. and the exit at 12 a.m.

5. VISITS: They will Have to be inscribed in Receipt, depositing a document of identification that will be returned to them to the exit. The visits will be able to remain, free, inside the Camping during 60 minutes. Past this term there will have to subscribe the in force corresponding rate. The schedule of visits is 8 to 20 hours.

6. HOURS OF SILENCE (24h to 8 h) AND OF REST (of 13h to 15h): During the hours of rest the campers are asked to lower the volume of the radio sets, TV, etc. And to reduce the utilization of vehicles to the minimum. From the midnight and until 8 a.m.. The silence will be absolute and there will not be allowed the traffic of any type of vehicle. We they remember that the volume of all the devices of sound will be adapted not to bother other campers.

7. PLACES: The Camping has squares of 70m2 of surface. Our squares are delimited and foreseen to receive the whole equipment, included the car, and without invading the road one. Please insure themselves before establishing itself. It is finally prohibited to change square without having consulted before to the Receipt. It is totally prohibited to install tents, shelters from the sun, fences of separation, paravientos, to do ditches, to tie ropes to the trees (even when it is a question of adult trees) and to the safety fences, to hang clothes and towels on the fences …

8. BUNGALOWS: They have a furniture, which prohibits to move.

9. TRAFFIC OF VEHICLES: The maximum allowed speed is of 10 km/h. In order not to bother the rest of other campers one asks not to use the vehicle in the hours of rest and his use is prohibited totally during the period of silence (24h to 8h). Every camper who comes later from the midnight will have to leave it out. There is prohibited the unnecessary utilization of vehicles of engine inside the Camping.

10. BICYCLES AND SIMILAR VEHICLES: They have to fulfill the same procedure that are applied to the vehicles of engine (10km/h) by absolute prohibition of competitions. His traffic always will have to be for the road ones and will remain prohibited from 21 a.m.

12. BARBECUES: Prohibited to ignite on the area any type of fire, with the exception of small kitchens of butane gas or electrical gas barbecues or, adopting always the measured maxims of safety and when the atmospheric conditions allow it. This norm is subject to variations depending on the preventive forest measures of the Autonomous government of Catalonia of Catalonia.

13. INSURANCES: The Direction declines any eventual responsibility in case of theft, accident or hurts to things or persons for third parties. Likewise it does not answer of the hurts caused by storms, fire, in case of major force… Every camper has to have an insurance of civil responsibility to third parties. The objects of value can be deposited in the safety boxes installed to the Receipt.

14. SOURCES, SINKS AND WASHERS: The sources of the streets can be exclusively used for the comfortable obtaining of drinkable water and, in no case they will be able to be used to wash clothes. In the later part of the sanitary ones there are washers to wash the clothes to hand and sinks to wash the plates.

15. HYDRANTS: It can only finally prohibited to use the hydrants without the explicit permission of the Direction of the Camping. Only they will be able to be in use in case of fire.

16. GARBAGES: Will have to settle in carrier bags and deposit them in the places indicated in the map. It can only finally prohibited to leave the garbages in the place. They were not happening to be gathered.

17. WASTE WATER: There is obligatory the use of the corresponding container and these must be emptied only and exclusively in the W.C.

18. ELECTRICAL SUPPLY: Every place will have assigned a plug that it supplies 10A. The doors of the boxes of supply have to be always closed. 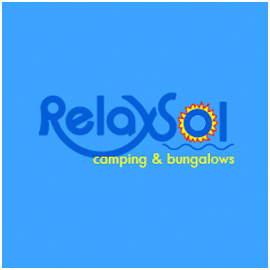 The campsite is a human size campsite, with 100 places split between tent, caravan, motor home and more location.